A Night Before Christmas in Waynesville
Saturday, December 14
6 PM - 9 PM

The second Saturday evening of December, amidst the backdrop of hundreds of luminaries lining the sidewalks, you will enjoy carolers, live music, visiting Santa, and old fashioned wagon rides.

Step back in time and stroll through Bethlehem as First Baptist Church re-creates a live nativity and bustling first century marketplace in the parking lot between Exxon and Waynesville Town Hall.

Shops and restaurants are open for your holiday shopping and dining. 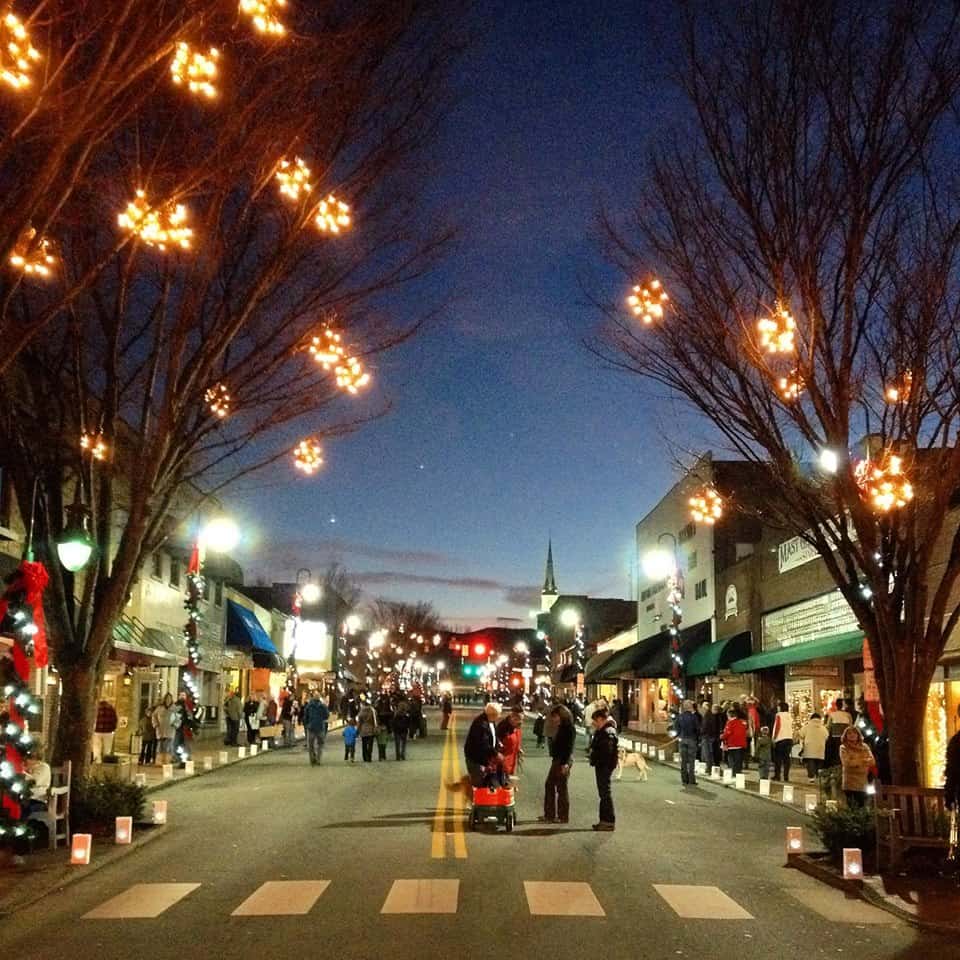 Folkmoot performers are primarily college students who are acting as cultural ambassadors for their home countries.

The facility sits on an eight acre National Historic site owned by the Shelton House Museum of North Carolina Handicrafts. The 19th Century structures are open to the public and contain a vast treasure of work by artists from the region and beyond.

In addition to its own productions, HART has played host to events by Folkmoot USA, the Smoky Mountain Brass Band, Voices in the Laurel, and the Haywood County Arts Council’s series of concerts, including the Swannanoa Chamber Music Festival. HART also operates the Rodwell Visual Arts Gallery and has an Internship program for young aspiring professional actors.